Jonny was brought up in a musical family, his parents played in a country and western band along with his aunty and uncle that toured the UK with Chet Atkins. His Grandma on his fathers side was a proficient pianist and his mothers parents played in the salvation army brass band.

At a very early age Jonny became fascinated with the piano, it was through this instrument he would discover his love for music and singing. At the age of 14 Jonny played an Accordion that his grandfather bought for him and it was from this he found his passion for the instrument. 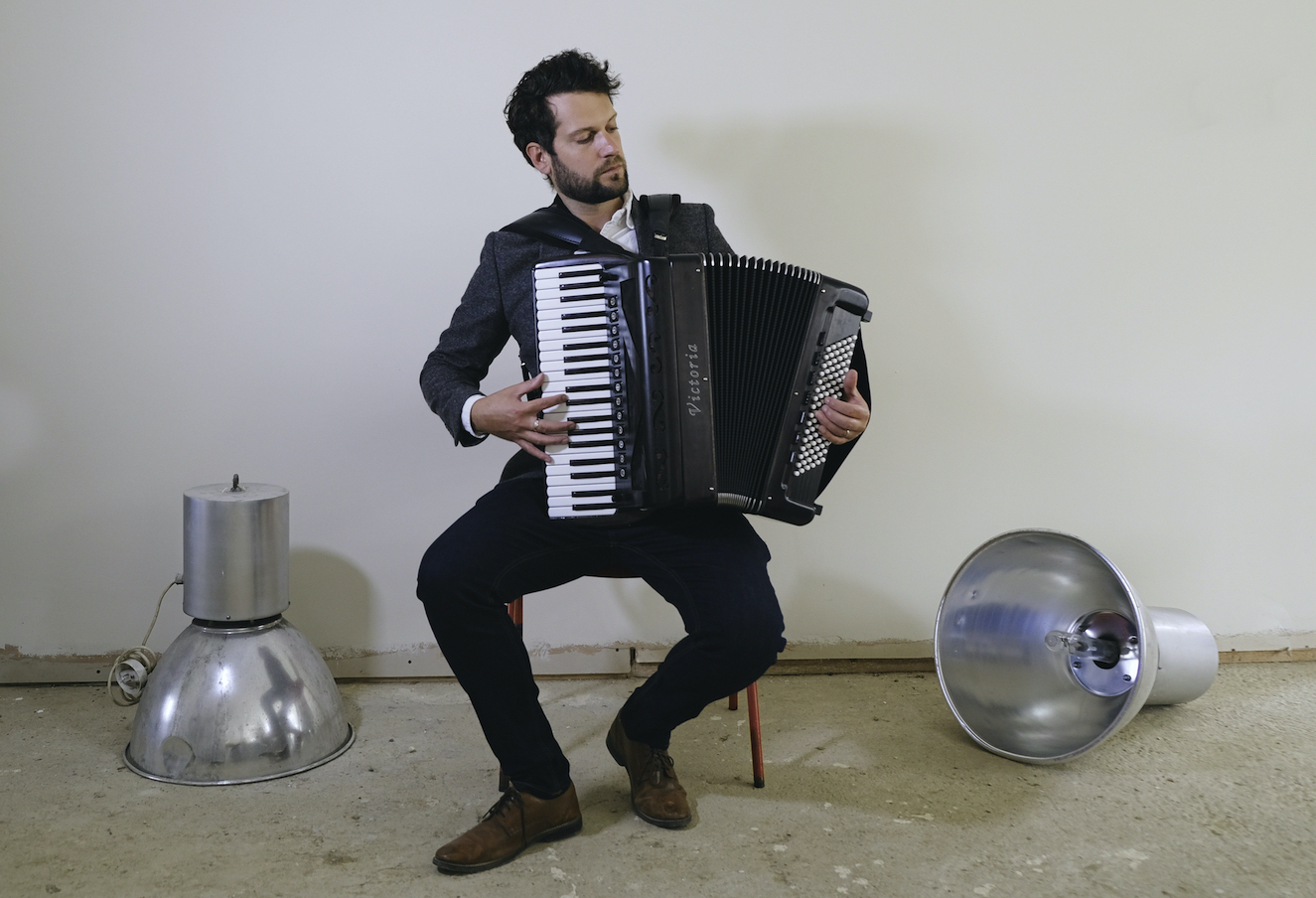 From the age of 17 Jonny started playing the Accordion and singing semi professionally with the Gypsy Jazz band based in Nottingham called ‘Maniere des Bohemians’ alongside his brother Matt Kerry and three other band members. The band played at venues and festivals all around the country and was featured on BBC introducing. Working tirelessly throughout the years to refine his own style and sound, Jonny has played hundreds of shows and events throughout Europe, building a reputation of pure excellence through his authentic talent and hard work.

After catching his first break into the industry performing on the acclaimed BBC drama Peaky Blinders – Jonny seized the momentum and parlayed his experience into all-new opportunities. With his own style inspired by the influence of the greats like Sinatra, Monro, Piazzolla, Reinhardt and Richard Galliano, whom Jonny personally studied with – Jonny has created a colourful hybrid spectrum of sound that includes a stellar range of styles like Jazz, Gypsy Jazz, Bossa Nova, French Musette, Tango, Classical, and Folk. He’s played everything from private functions, luxury cruise ships, celebrity parties, to showcase sets at concerts and festivals. Jonny's music has traveled the globe online, where he’s racked up over a million views on YouTube and built a truly supportive, loyal fan-base that continues to grow stronger by the day. He has also performed on the tv series 8 out of 10 cats does countdown.

He’s played for companies like Warner Records, Ferrari, Renault, John Lewis, Café Rouge, Virgin media, and the BBC. He’s had the pleasure and privilege of being able to share stages with some of the greatest talent on the Gypsy Jazz scene today like Jimmy Rosenberg, Paulus Schafer, Gary Potter, Christian Van Hemert, and Jason Anick. A true professional both inside and outside of the studios and venues – Jonny Kerry has become one of the most requested and in-demand accordion players throughout the UK, and a highly respected source of premier entertainment who proudly brings culture in music to the mainstream through his exquisitely charismatic and charming compositions.

Jonny currently spends most of his time playing accordion and singing with his quartet. A spectacularly skilled, unique, and stunning ensemble, The Jonny Kerry Quartet perform exceptionally passionate music designed to truly move the hearts and minds of the people. Through their own signature sound comprised of a vibrant, hybrid blend of Gypsy Jazz, Bossa Nova, Tango, and French Musette styles fused seamlessly together. The Jonny Kerry Quartet’s self-titled debut released in 2019 explores music’s most timeless genres in beautifully compelling moments that bring listeners into a sparkling, nostalgia-filled record stocked full of authenticity and genuine sincerity. The incredible array of professional musicianship & instrumentation to be discovered on The Jonny Kerry Quartet’s debut album highlights their world-class sound and remarkable talents. He’s enlisted the inimitable skills of Harry Diplock, Mike Green, Ducato Piotrowski, and Jason Anick. Together, they’ve created a world of sound unique unto itself, yet familiar and comforting in all the right ways; The Jonny Kerry Quartet has found a crossover style they can confidently call their own.

Jonny is currently arranging music for the quartets follow up album which is to be recorded and released in 2021.